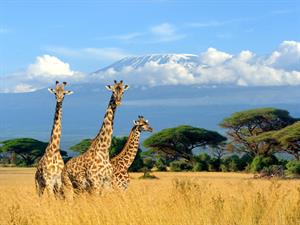 3. Many adjectives ending in a single vowel + single consonant double the consonant and, add -est.

Fat - fatter - the fattest, thin - thinner - the thinnest, flat - flatter - the flattest.
Regular adjectives with two or more syllables
1. Adjectives ending in -y change y to i and add -est.

2. For most longer adjectives use more and the most.

3. Some two-syllable adjectives can form their comparatives and superlatives in two ways: by adding -est or with more and most.

More clever/ most clever, more pleasant/ most pleasant.
Irregular adjectives
Comparative and superlative adjectives in context
- More/-er + than
I'm taller than my brother.
My brother's more serious than me.
I'm more intelligent than he is/him.
- The most/-est
I'm the tallest.
My sister's the most intelligent student in her school.
- Less + than/ the least
That film was less interesting than the last one I saw.
It was the least interesting film I've seen all year.
Other comparative constructions
- as...as
This construction can be used with adjectives or adverbs to make comparisons between two things or people.
I'm as tall as my brother.
Trains don't travel as fast as planes.
In negative sentences so can be used instead of the first as.
Cats aren't so friendly as dogs.
Iepriekšējā teorija
Atgriezties tēmā
Nākamā teorija
Nosūtīt atsauksmi
Atradi kļūdu?
Sūti mums ziņu!